On the first Sunday of Advent in 1992, the congregations of the Bethel Lutheran Church and the First Lutheran Church were united into Shepherd of the Hills. But this would not be the first time they joined together in their faith and service to the community.

In early May of 1889, Rev. Henrik Tanner began organizing a congregation in Lead, which in 1890 became the First Finnish Evangelical Lutheran Church.

On January 15, 1895, a handful of men and women met to bind themselves together spiritually by the creation of the Scandinavian Lutheran Church of Lead. Later, Bethel Lutheran Church became the designated name.

Since Scandinavian Lutheran had no church of its own, services were held in the First Finnish Church until property was purchased on September 11, 1896. As in the beginning of their long histories, the two churches have become one in faith and service to the Black Hills Community.

Our congregation left the Evangelical Lutheran Church in America (ELCA) in 2010 and joined the Lutheran Congregations in Mission for Christ (LCMC). 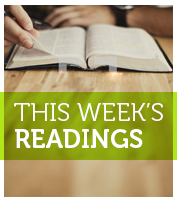